George Nakashima Furniture: The Soul of a Tree

George Nakashima: The Soul of a Tree…

George Nakashima was one of the great innovators of twentieth century furniture design, offering an approach that was like nothing that had gone before. He brought together at least two incongruous styles, traditional Japanese
and American vernacular, and merged them with a modern sensibility. And in so doing, he articulated a design vocabulary that was based on the use of free edges, sapwood, knots, crotch figuring,
natural flaws in wood, revealed joinery, and butterfly joints.
The tree was where everything began.
“The tree’s fate rests with the woodworker. In hundreds of years its lively juices have nurtured its unique substance. A graining, a subtle coloring, an aura, a presence will exist this once, never to reappear. It is to catch this moment, to identify with this presence, to find this fleeting relationship, to capture its spirit, which challenges the woodworker.”
– George Nakashima, from Soul of a Tree 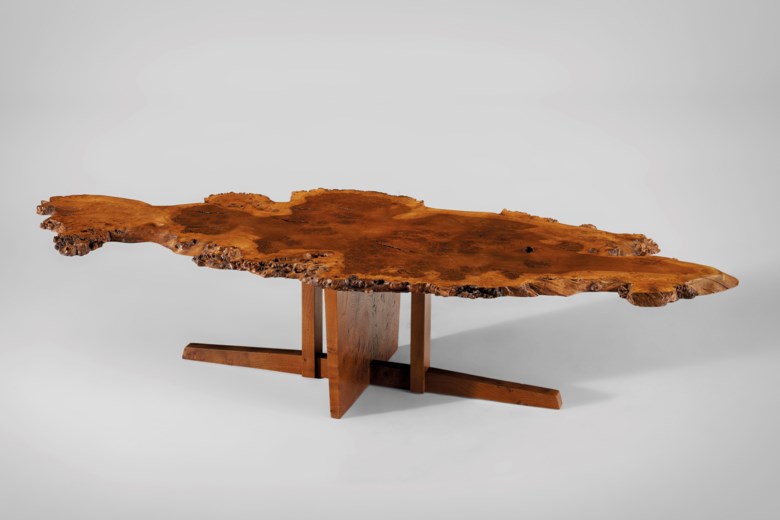 Nakashima’s inventory of wood was legendary and was the wellspring of all his designs. He “saw” wood in a way that no one before him had been able to. Indeed, many thought he was crazy buying “junk” wood that they would have rejected due to its imperfections. Nakashima believed the best way to respect the tree was to cut the wood in a manner to display all the characteristics that make each tree unique. He rarely cut uniform panels, instead he worked with the shape of the tree and allowed the furniture to form around the nature of the wood. He found a way to make furniture utilitarian and functional while also revealing the natural elements the wood possesses. Despite an intense and comprehensive design process, Nakashima would explain his reluctance to sign his work with the statement, “The work is not about me, it’s about the tree, it’s about nature.”

Because his own words emphasize the tree, its second life as a functional object, and the concept that each board has one ideal use, it is tempting and sometimes easy to overlook the design aspect of Nakashima’s work. Rather than focus exclusively on the drama and beauty of the wood, we must also consider the heart, mind, and hand of the maker. No board cut itself, jumped on a base and made a beautiful table. Nakashima and those who worked with him toiled hard to make that happen. There was a careful design process, one that grew and developed during hislifetime. To make a piece of furniture that has a sense of simplicity and purity is not the same as making a simple one. 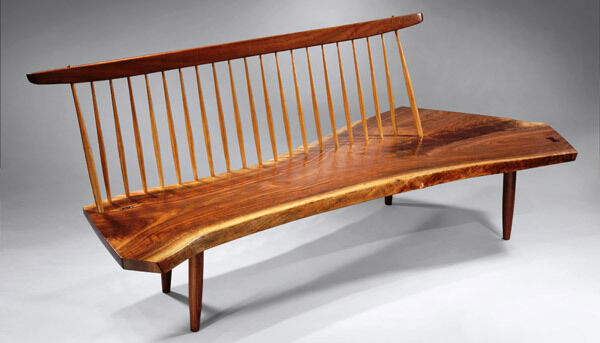 You can find more iconic pieces of furniture, that has a wide range of detail levels in a selection of styles that will suit any kind of taste only on Showrooms2220, the best furniture market place online.